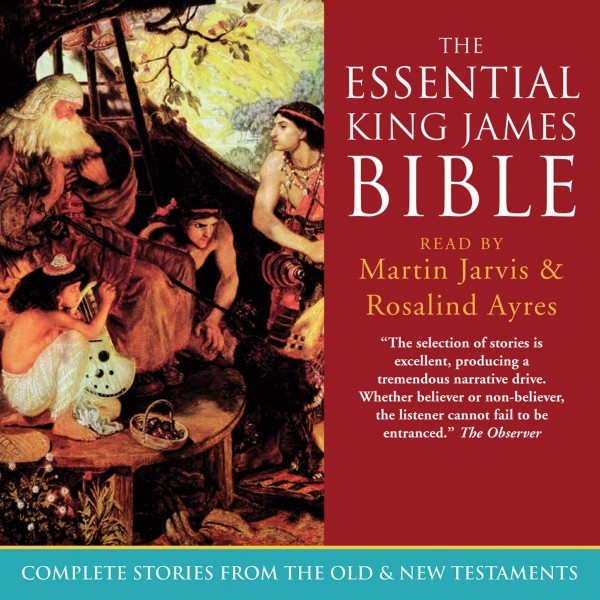 Beschreibung Bewertungen 0
Beschreibung
The King James Version of The Bible was first published in 1611, and aside from small... mehr
Menü schließen
Produktinformationen "The Essential King James Bible (Unabridged)"

The King James Version of The Bible was first published in 1611, and aside from small modernisations in spelling, has stayed true to the original manuscript ever since. Originally produced to quell tensions in England over which Bible Translation was the truer to use in the Church of England, the KJV is now the most widely-used version of the Bible. The keys to the version's success have been simplicity of language and majesty in execution and presentation. Compiling the old and new testaments, the religious text can equally listened to as a story, encompassing a large number of shorter stories. The Bible charts man's creation in Genesis, as well as the life, death and resurrection of Jesus Christ. It also includes many well-known parables such as The Prodigal Son and The Good Samaritan. This audio version brings together the 'Essentials' for gaining a better understanding of this great work, and will appeal to everyone who is curious to learn more about Christianity, regardless of their age, race or personal religious views. Truly an 'essential' listen for everybody.